When I was a kid, I always kept something in my pocket. A few coins, or a pack of cards. And sometimes a Ball and Tube, or a Hot Rod.

If you’ve never seen the Hot Rod, I’ll explain: There are six colored gems on a clear plastic stick. Someone picks a color, and the gems on the rod magically change to become entirely that color.

I loved the Hot Rod because I could take it everywhere, and do something impossible. I learned magic for this reason, and over the last 30 years I’ve kept returning to it and my accumulated collection of coins, cards, books, balls and silks. I thought magic would lose its power as I got older, or that others would get more jaded. Instead, I’m amazed that magic seems to be even more effective. Its core results are timeless because they work off limits of perception and attention. And maybe the reason why these little illusions still work points to places technology still dreams of going.

The more astounding part of magic is that it works.

I mean, if I show some of my most jaded colleagues at work some of the silly tricks I used to do as a kid, these tricks still amaze. Meanwhile, I can barely think of a handful of gadgets, old or new, that would do the same.

I’m not the only one who thinks so. Fun Inc. is America’s largest manufacturer of magic tricks. Its main brand, Royal Magic, filled magic shops back when I was a kid. Amazingly, they’re still selling a lot of the same tricks.

To some degree, Fun has the same attitude to the classics as I do. “The magic industry is very, very small. As for stores that just sell magic, in the world, there are about a hundred,” says Fun’s Tomas Medina. “The tricks and the secrets are so good. All the stuff that we have that’s been selling for years is the stuff that professional magicians would yawn about. You’d think that the jig would be up and people would know how the cups and balls work, but that stuff is still selling, and that’s why we’re still around.”

My favorite magic remains equally simple: a few coins. An Okito coin box, which is a small brass box that makes half-dollars vanish. A regular deck of cards. A special disappearing handkerchief. I’ve started practicing with them again, and refining them. And, reading more. Books on magic theory, and in particular misdirection and attention, show that the real secrets are mental.

A lot of magic is surprisingly classic, for a very good reason.

Magic exists at all levels, especially in a city such as New York. Some magicians perform at massive Broadway theaters. Others perform in special parlors in tucked-away corners, like immersive theater. Some magicians gather in weekly jam sessions. Others, like me, visit magic shops as a regular hobby.

Fantasma Magic is one of New York’s few remaining shops, along with the legendary Tannen’s. Both shops hide in midtown Manhattan: One on the sixth floor of a nondescript building next to Macy’s, the other on the third floor across from Penn Station. Fantasma sells mainstream magic kits to chain stores, but it also curates old Houdini memorabilia, antique books and classic tricks. Its shop is layered in glass cabinets of curiosities.

If you’re in New York City, make sure you explore these places.

Go to Manhattan’s Herald Square, then look for 45 West 34th Street. In Suite 608 you’ll find where one of New York’s oldest magic institutions collects a treasure trove of tricks, books and helpful staff ready to perform some miracles. Tannen’s Mystery Box, for $25, includes a grab bag of random effects worth more than the cost.

New York’s own Houdini museum lurks inside this hidden magic shop gem across the street from Penn Station. Go up to the third floor, browse the memorabilia (like lock picks and old posters) and then check out a selection of classic magic books and tricks, too. (421 7th Ave., Suite 3)

‘The Magician’ at The NoMad

A weird, intimate show set in a parlor upstairs at The NoMad hotel, performed by magician Dan White, weaves a story that we won’t reveal here. Compared with larger-scale Broadway shows, this immersive experience transports you. The drinks are great, too.

NY’s longest-running weekly magic show, it happens every Monday at 8 p.m. It’s a grab bag of all sorts of classic and new performers.

The people who work there and visit there are obsessives and devotees, like myself. Nick Padilla is an employee who performs up front at Fantasma’s counter, and came to magic after wandering around America. He prefers the classics, performing with cards or coins, but will even work iPhone magic. If he has to.

“I feel like at some point, I have to do iPhone tricks,” Padilla admits. “Personally, I think it’s a cop-out. As a guy who’s been in magic for a while, when a magician pulls out an iPhone, when you incorporate technical ability, is stupid as hell.”

But he agreed with what I see: that magic, performed now, doesn’t involve the same everyday items that it used to. People carry items like iPhones, not decks of cards, handkerchiefs or thimbles. “That’s why iPhone magic works,” Padilla says. “Things change, you have to take the things that are in front of you.” I show him a pair of AirPods in my pocket. He’s fascinated by them. They seem like a magic prop, how they pop in and out of the white case, snapping in place. We discuss ideas on how they could disappear and maybe reappear: AirPod magic.

Like it or not, phones are part of magic now.

Jonathan Bayme founded Theory11, a website for magic that he likens to iTunes. People can browse the site for magic tricks, and if they want to learn one, they can purchase full videos, which offer step-by-step instructions. “Teaching you the secret of how it works is different than teaching you how it works and how to perform it,” Bayme says. “We’re not exposing magic, we’re teaching magic.”

That’s the ongoing challenge for the magic business: selling routines when there are YouTube videos that often just give secrets away. Keeping secrets is key to how magic works. And yet, we’re in an age in which information flows so quickly and openly that that seems like an impossible goal. But a lot of times, magic is more about execution than secrets. That and variations on a theme.

“Magic used to be more of a meritocracy than it is now,” says Bayme, referring to the days when magic secrets were kept tucked away at secret shops, or taught in dense books. Now, technology spreads secrets fast — but real magicians aren’t entirely worried. To Bayme, the value lies in teaching techniques, not revealing secrets. “You have more access to information, as you do with everything in your life now, but that doesn’t mean that’s going to make you a good performer and memorable. I can show you five magicians performing the exact same trick, and some of them might be instantly forgettable, and some of them might be unforgettable.”

I saw “The Magician,” an intimate performance in a small hotel parlor that Bayme produced, and one that’s been running since 2015. It’s a show that plays off intimacy instead of large-scale effects. It’s designed to be social. And unnervingly close-up, unlike so many other things in our tech-mediated lives. The magician, Dan White, was originally a street performer. This is the type of experience I respond to. Maybe it’s because the rest of my life, mediated by screens, often leaves face-to-face intimacy behind.

Our fooled senses and our neural errors

I know that my brain can be fooled, even now, after practicing for so many years. Magic finds loopholes, gaps in attention, limits to our visual field. It takes advantage of trust and assumptions of reality. When magic is done well, reality seems to bend. I like practicing and performing to remind myself that the human brain, no matter how hard we push it, has its own limits.

“Sleights of Mind” is a 2010 book about neuroscientists who follow magicians and discover how classic magic works on a neurological level. Many classic magic moves exploit how the brain works, and can help detail the ways in which our senses and perception are unique. They can have an impact in other tech: The virtual reality industry, for instance, is just beginning to take advantage of how our eyes only process high levels of detail in the center, or fovea. Peripheral details are seen differently. The way our brains can be misdirected by subtle sound cues applies as much to making a compelling VR film as it does to making coins leap, one by one, from one of my hands to another.

Magic is improvisational yet practiced. It’s nonlinear. Famous magician Penn Jillette spoke to game developers in 2016 about assumptions in magic and interactivity. “There’s an idea of multiple outs … anyone working in close-up is using multiple outs all the time,” Jillette explains. “A magician doing a card trick for you may not know what card trick they’re doing until a trick is finished.” His point is that there can be multiple branching paths. “People think, at the end of a trick, that you knew that the end of a trick was where you were going when you started.”

Good games do this. Good apps could do this. Or, AI and bots.

Maybe it’s this statement from Jillette that fascinates me most: “If I don’t know the trick when we start, there’s no way you can figure it out at the end.” I performed improv for years under similar circumstances, riding a wave of unpredictability. Life is that way. And no matter how many times I pick up the same set of coins or cards, I feel like I’m taking a new journey with someone else.

I’m always excited by new technology. But I keep going back to classic magic, too: over and over again.

This story appears in the Summer 2017 edition of CNET Magazine. 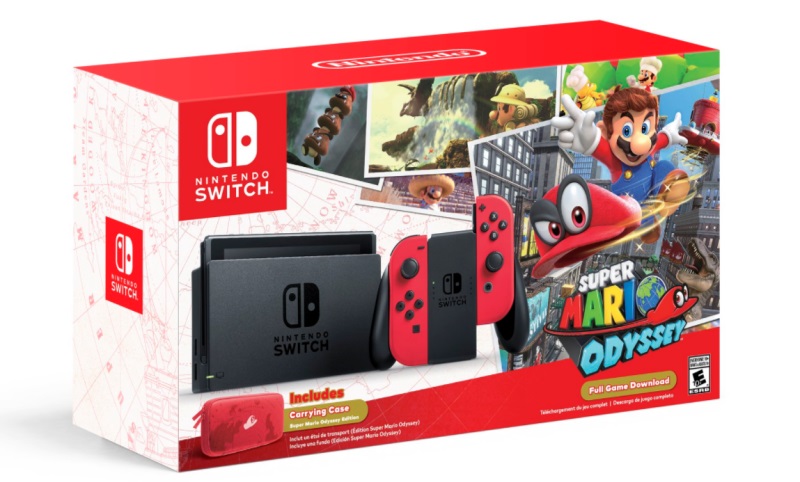 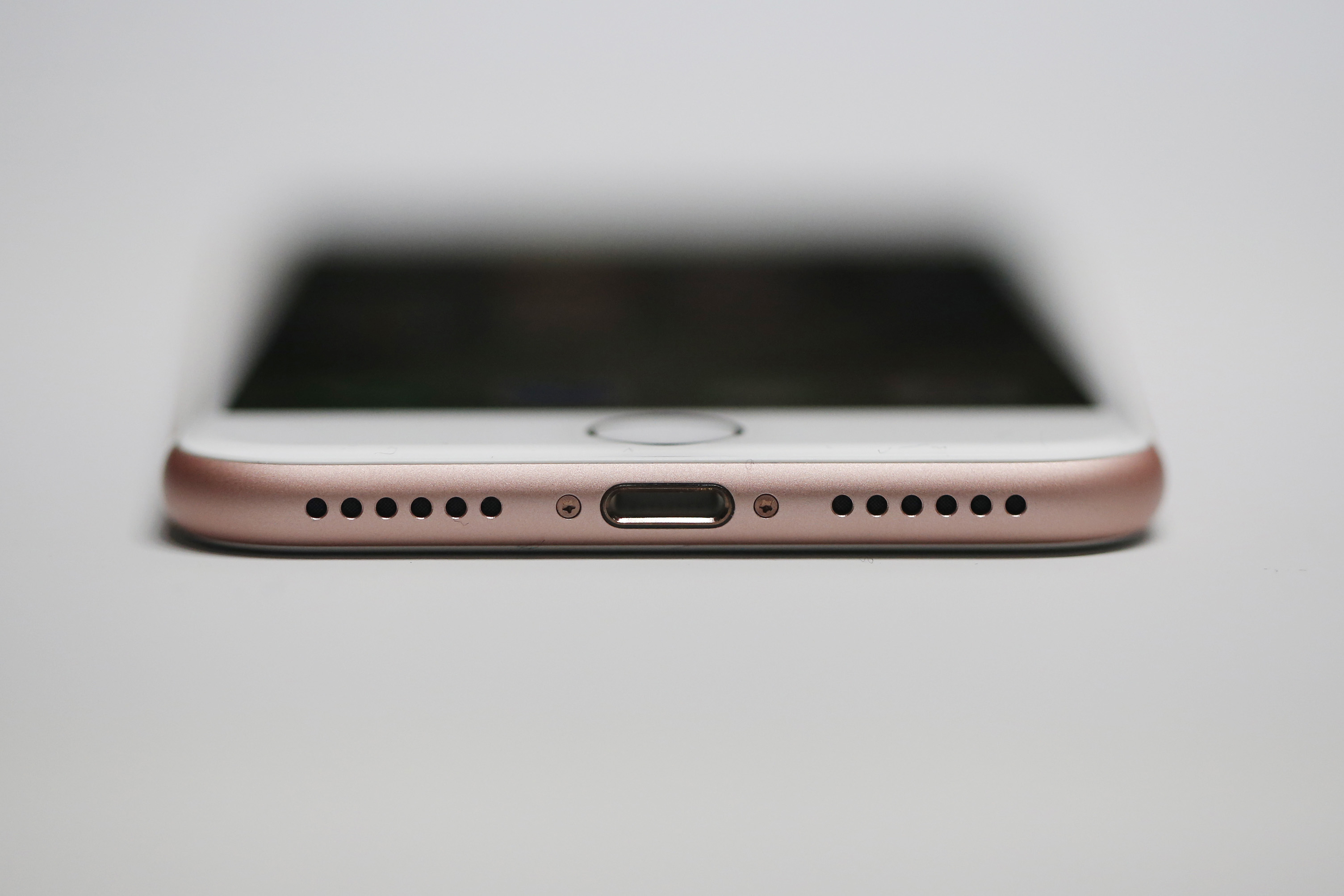