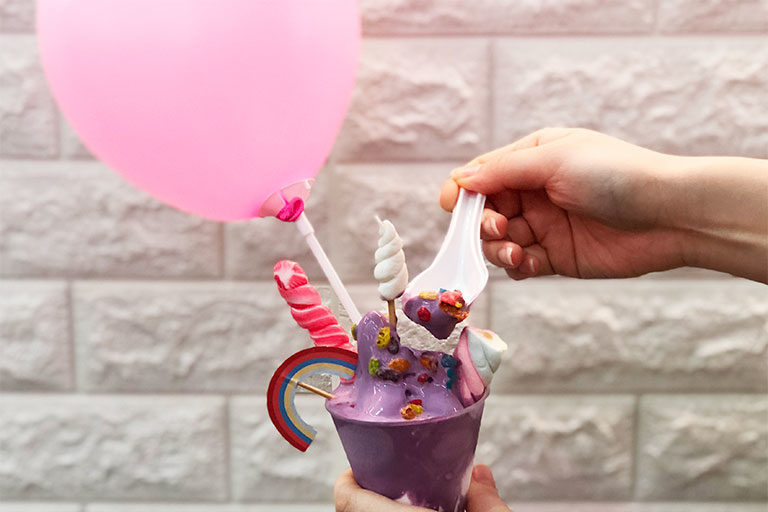 The Geylang Serai Ramadan Bazaar is back! Of course, it’s no longer just about the delicious food, but the ones that look super Insta-worthy as well.

Which is why we set out to find ‘gram-worthy foods that won’t burn a hole in your wallet and taste pretty good, so you won’t have to throw them once you’ve taken photos for the ‘gram (because food wastage is a real problem).

Here are our top picks.

This dessert is served with an actual flaming torch… that lasts for all of five seconds before it’s replaced by a pink balloon seen in the photo.

When asked what was the point of the flame, the guy manning the booth simply told us, “For Instagram.”

A note of caution: the ice cream melts really quickly, probably due to exposure to fire.

We weren’t expecting much from the toast other than it looking good in photos and videos.

But this stall proved that you can’t go wrong with a grilled cheese sandwich. It’s buttery, cheesy and crispy all at once.

If the poster at the front of the store is any indication, the other flavours should be even more colourful and ‘gram-worthy.

This super pretty dessert is called the watermelon taco with watermelon shell. It’s basically a slice of watermelon with a section cut out to place the ice cream.

It’s a good treat to beat the heat, and the fruit provides a refreshing kicker at the end.

Bingsoo fans, you’ve got to try this. This shaved ice dessert is laden with condensed milk (like traditional patbingsoo), a lot of rainbow sprinkles and Fruity Pebbles.

It’s then topped with vanilla ice cream, edible glitter, and a test tube of F&N Grape, which you can either drink on its own or pour onto the bingsoo. We suggest drinking it separately.

If you’re a fan of Mac & Cheese and truffle, this is a match made in heaven for you. It’s cheesy without being cloying and gives you that burst of truffle with every bite.

We were looking forward to having it served to us in a pretty box that they displayed, but alas, it came in a boring ol’ paper bowl.

The good news is you can ask for a cover so you can dapao it home. PS: We recommend snapping a shot BEFORE stabbing a fork in it.

If you like s’mores, you might enjoy this. It comes with a bowl of toasted marshmallows sitting atop chocolate sauce (i.e., Nutella), with biscuits on the side.

While they could have been a bit more generous with the Nutella serving (which had hardened by the time it was served to us), we like the contrast of sweet (from the marshmallows) and savoury (from the biscuits).

For $4, you get a huge drink that can be shared among four people.

The drinks come in a rainbow of colours, and flavours include Sunrise Rose Soda, Passionfruit and Green Apple Rose Soda and Strawberry Butterfly Pea Soda (pictured above), which has a super pretty purple gradient.

It’s a bit sweet, so probably not the best choice if you’ve had three desserts prior.

This article was first published in CLEO Singapore 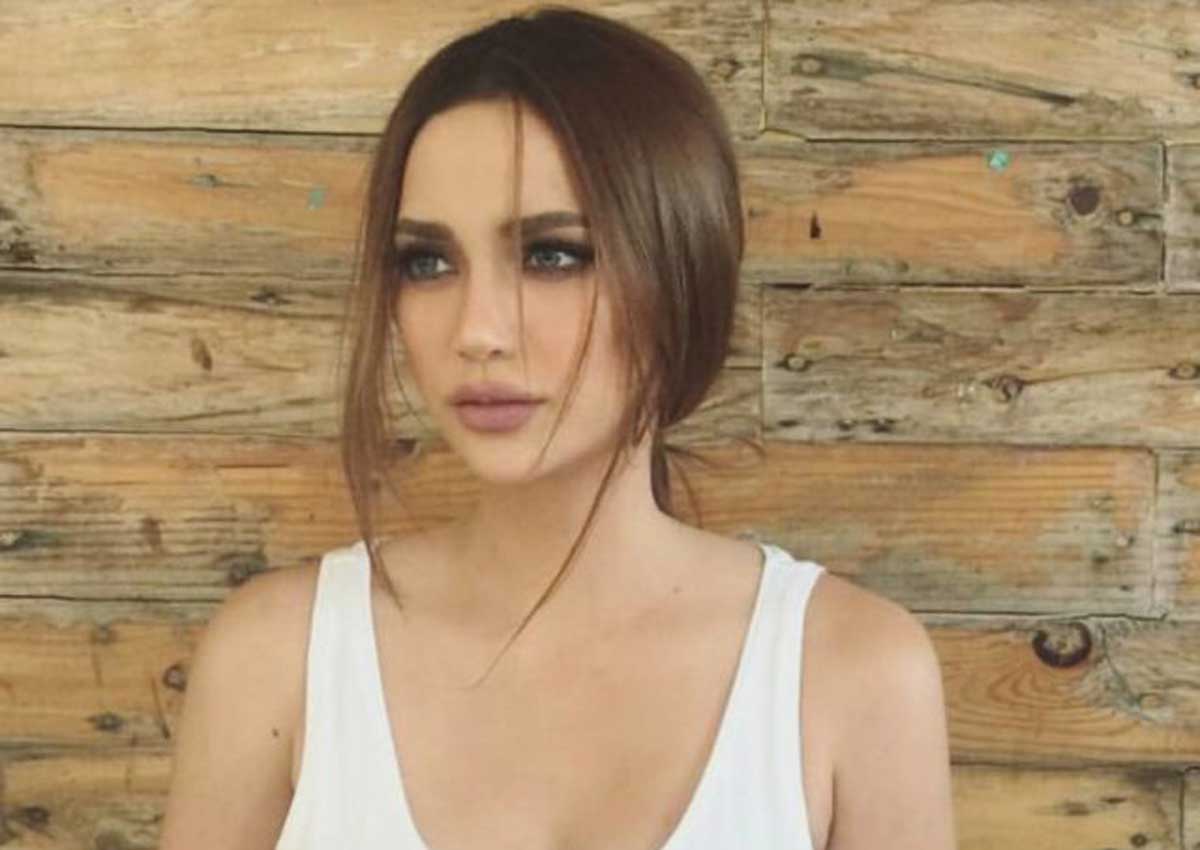 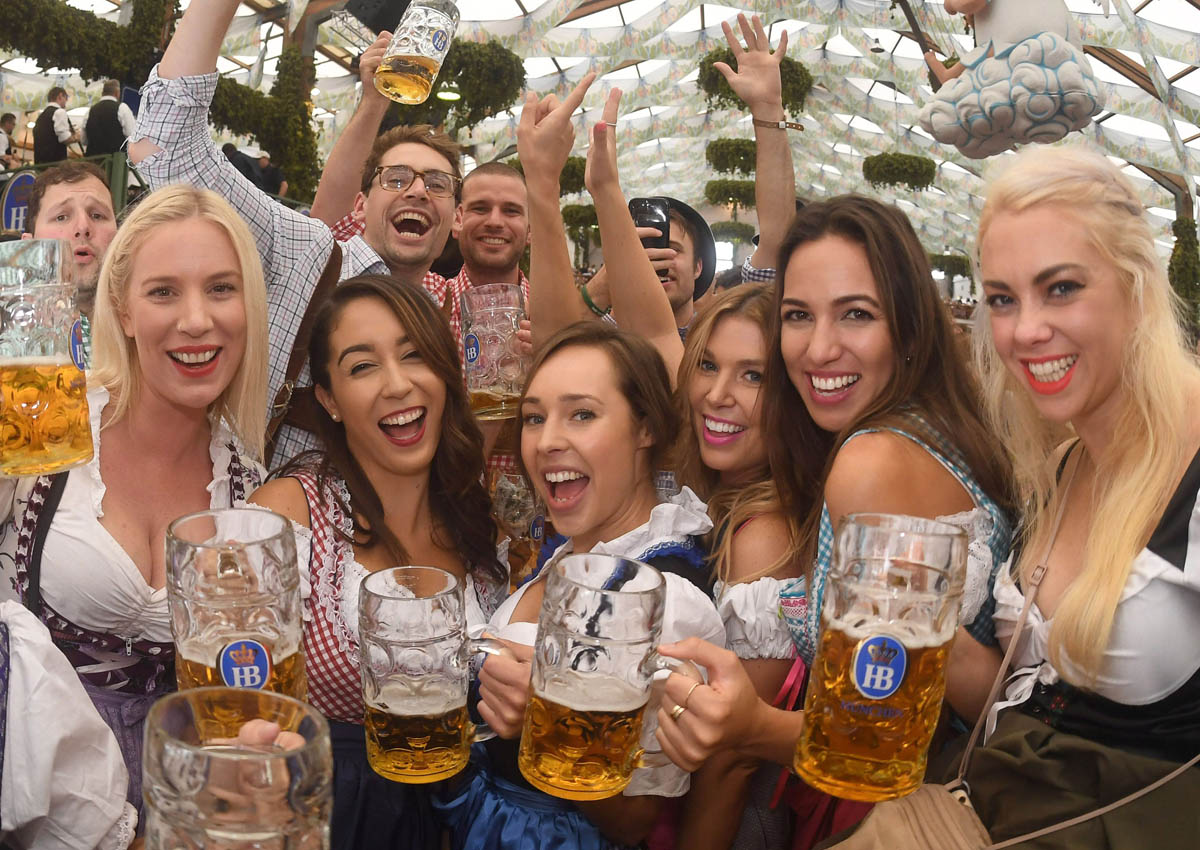