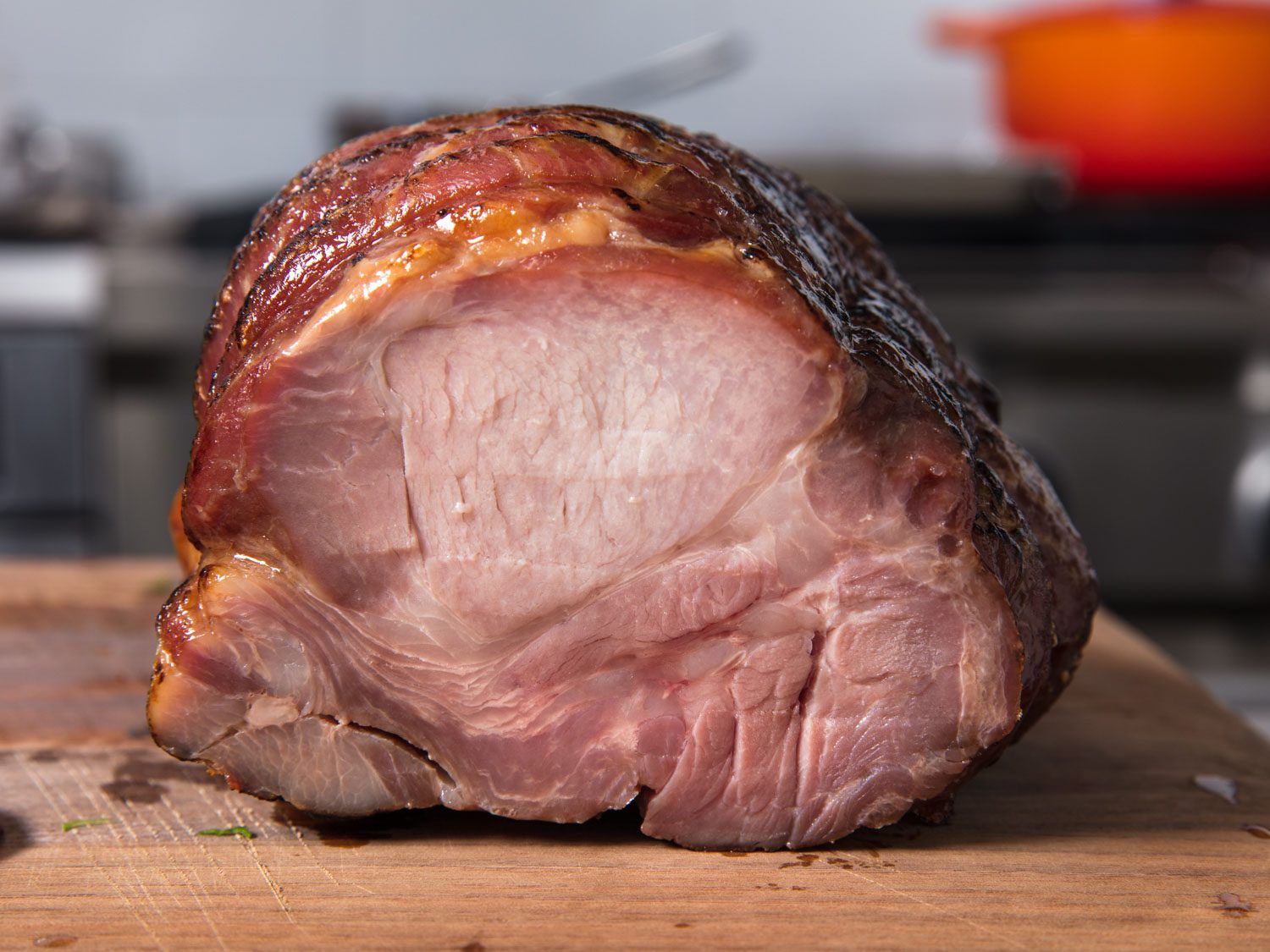 Though chashu, the sliced roasted or braised pork used as a topping for ramen, is most often associated with pork belly in the United States, you can make an equally tasty version from pork shoulder, which has the added benefits of being a meatier cut that’s relatively cheap and widely accessible for home cooks.

You can braise shoulder just as the belly is braised in Kenji’s chashu recipe, but if you, like me, prefer your meat to retain a little bite, you can also roast it. One of the best ways we’ve found to roast meats is using the reverse-sear method, which gives the cook a great deal of control over what temperature the pork shoulder is cooked to. (If you want complete control over the final temperature, and have the necessary equipment, try our recipe for sous vide pork shoulder chashu instead.)

This recipe recommends cooking the pork to 145°F (63°C), but you can cook it to any temperature you like. No matter your preference, a reliable instant-read thermometer is essential for monitoring the internal temperature of the roast, and a probe thermometer is highly recommended.