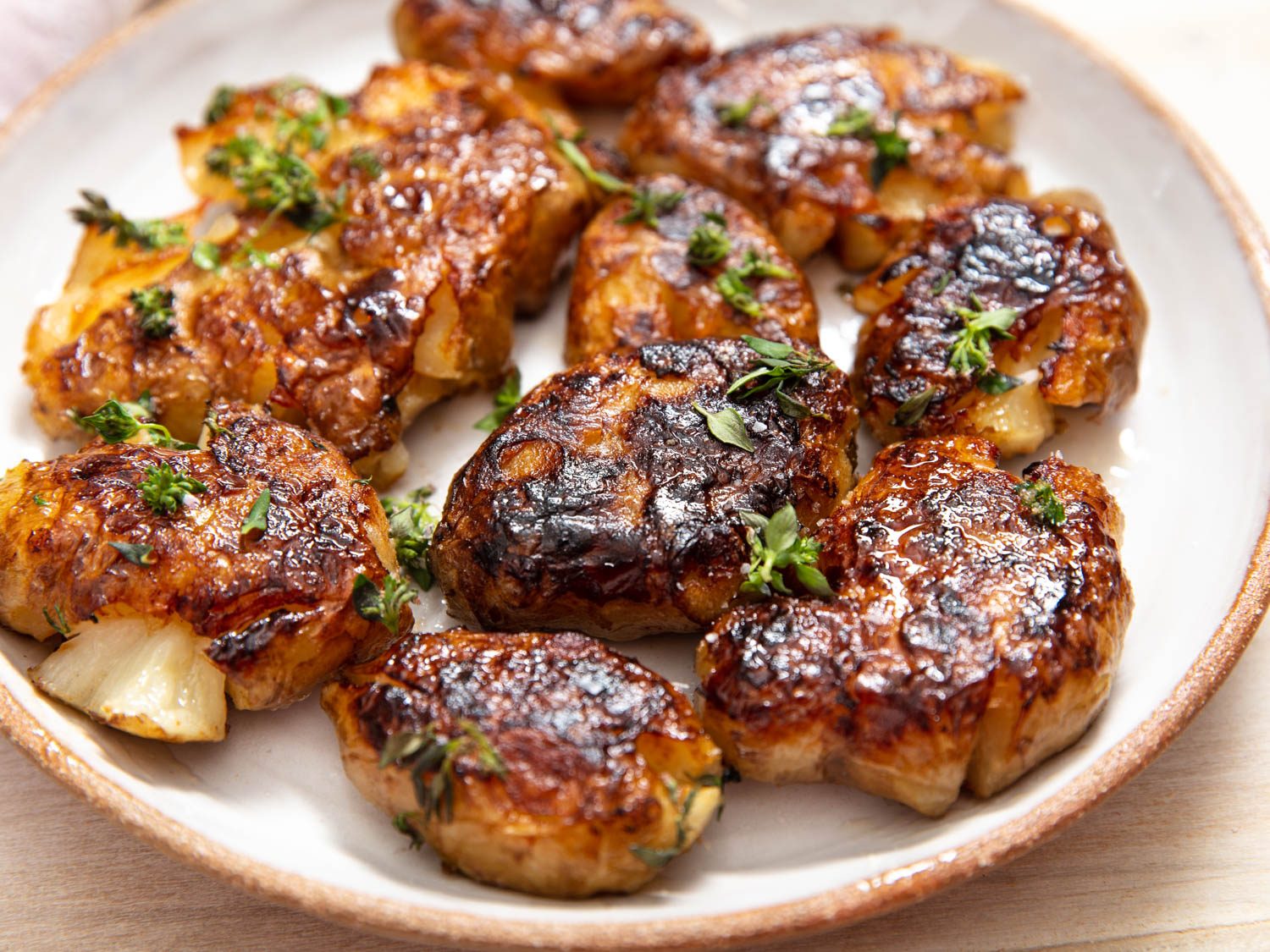 Sunchokes, which also go by the name Jerusalem artichokes, are edible tubers that are in season during the fall and the spring. You can prepare sunchokes in a number of different ways, including raw, but we’re partial to the simplicity of this method, in which they’re treated in the same way you would a small potato, like a fingerling. The cleaned and trimmed sunchokes are boiled in salted water until just tender, smashed, then fried crisp in a cast iron pan, and right at the end are tossed with butter, for richness, and some freshly picked thyme leaves.