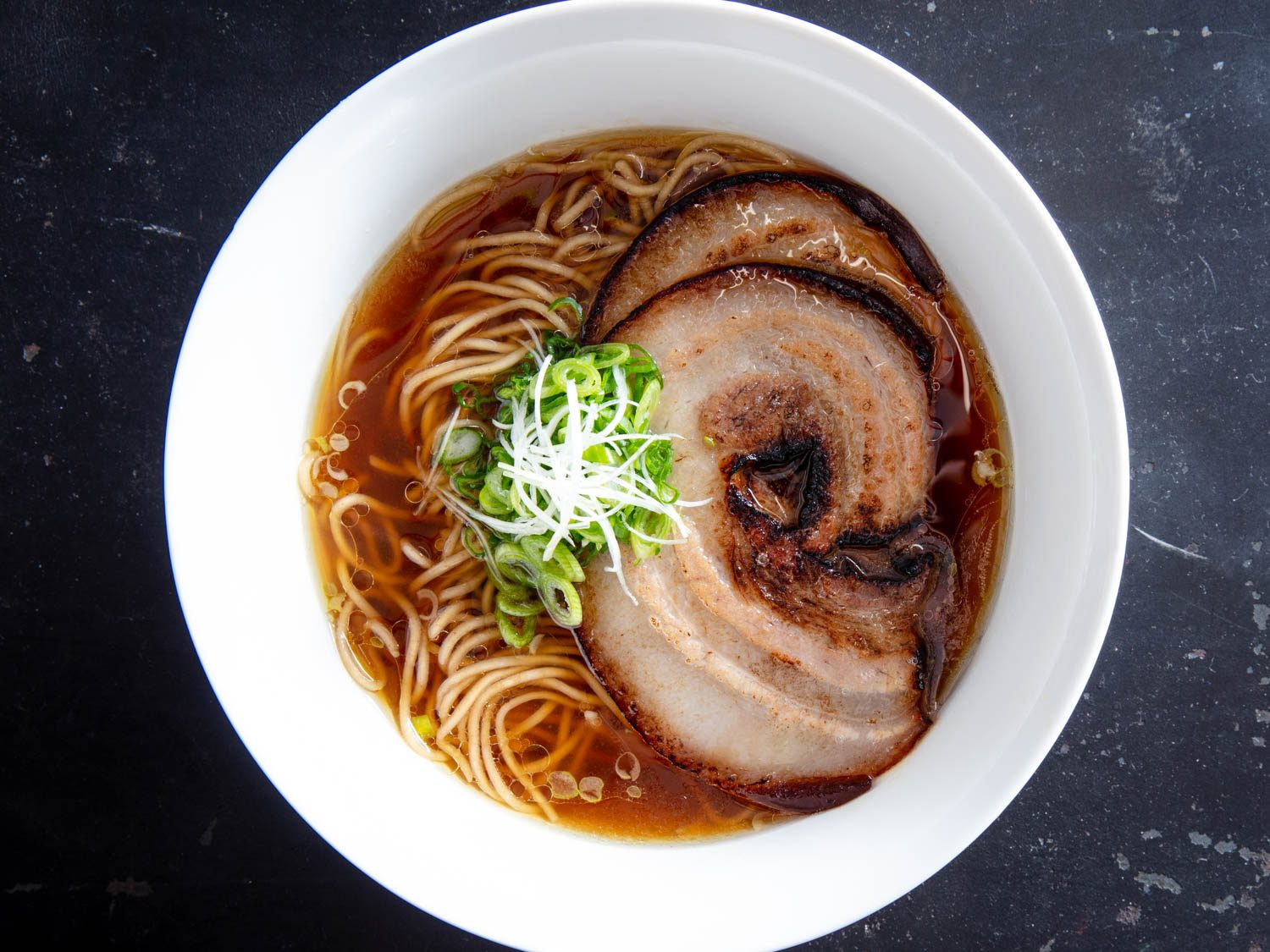 This is a pressure cooker adaptation of our popular braised pork belly chashu, the meltingly soft, seasoned pork that often crowns a bowl of piping hot ramen. Instead of cooking the belly low and slow in the oven for three to four hours, we turn to the pressure cooker to achieve a similar, if not identical, near-collapsing texture in about an hour and a half.

This recipe hews as closely as possible to the original, but attentive readers will note one small difference: The alcohol in the sake is cooked off before adding it to the pot, and the amount of sugar in the recipe has been halved. After testing the recipe several times, we found that neglecting to cook off the alcohol in the sake led to an overwhelming and off-putting alcohol flavor in the pork. However, we also discovered that cooking off the alcohol concentrated the sugar content, which led to the pork being a little too sweet for tasters.

Some tasters found the finished pork belly slices to be a little less savory than they liked, so do note that there is an optional step for seasoning the slices with a touch of salt right after torching. 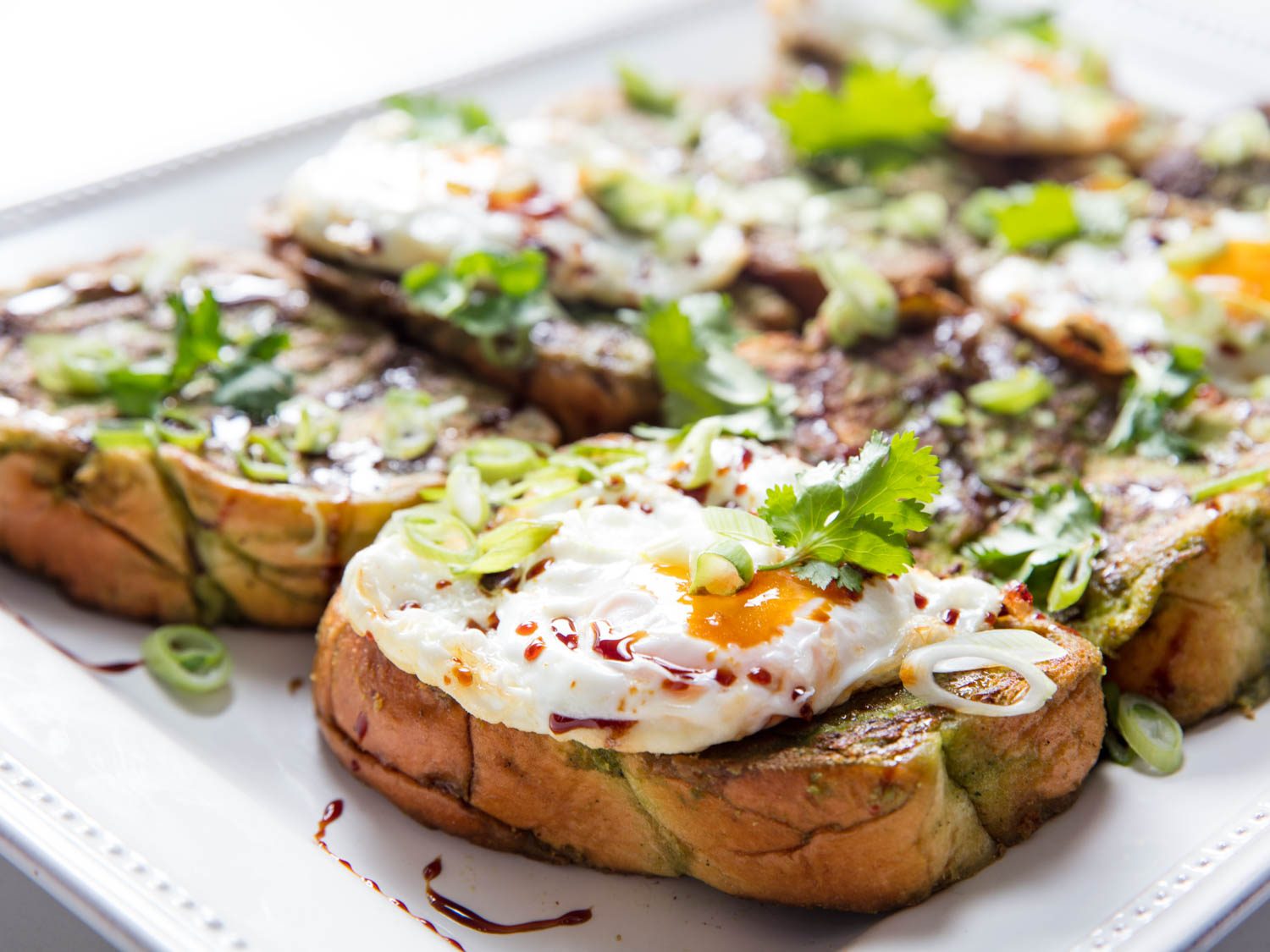 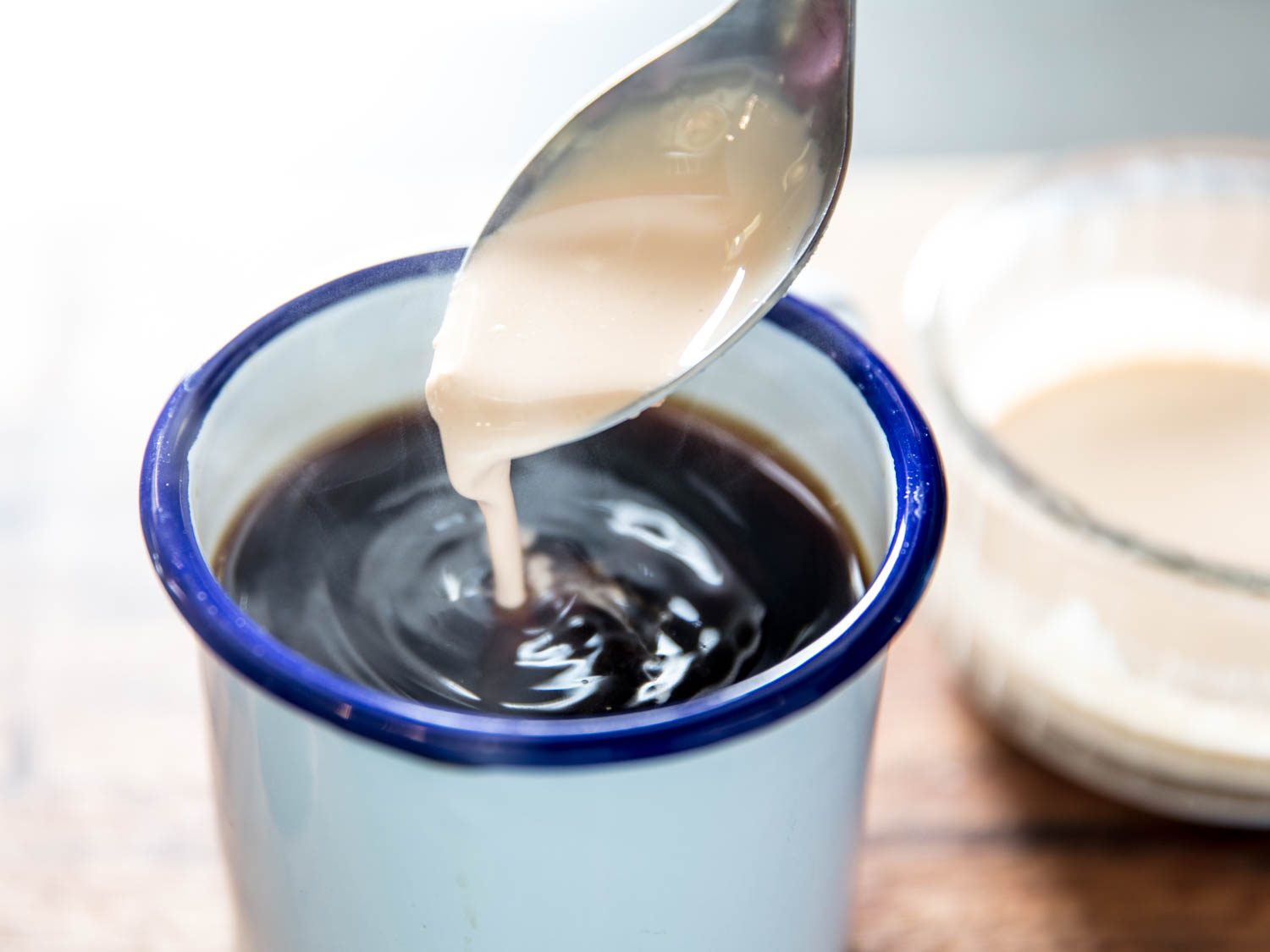 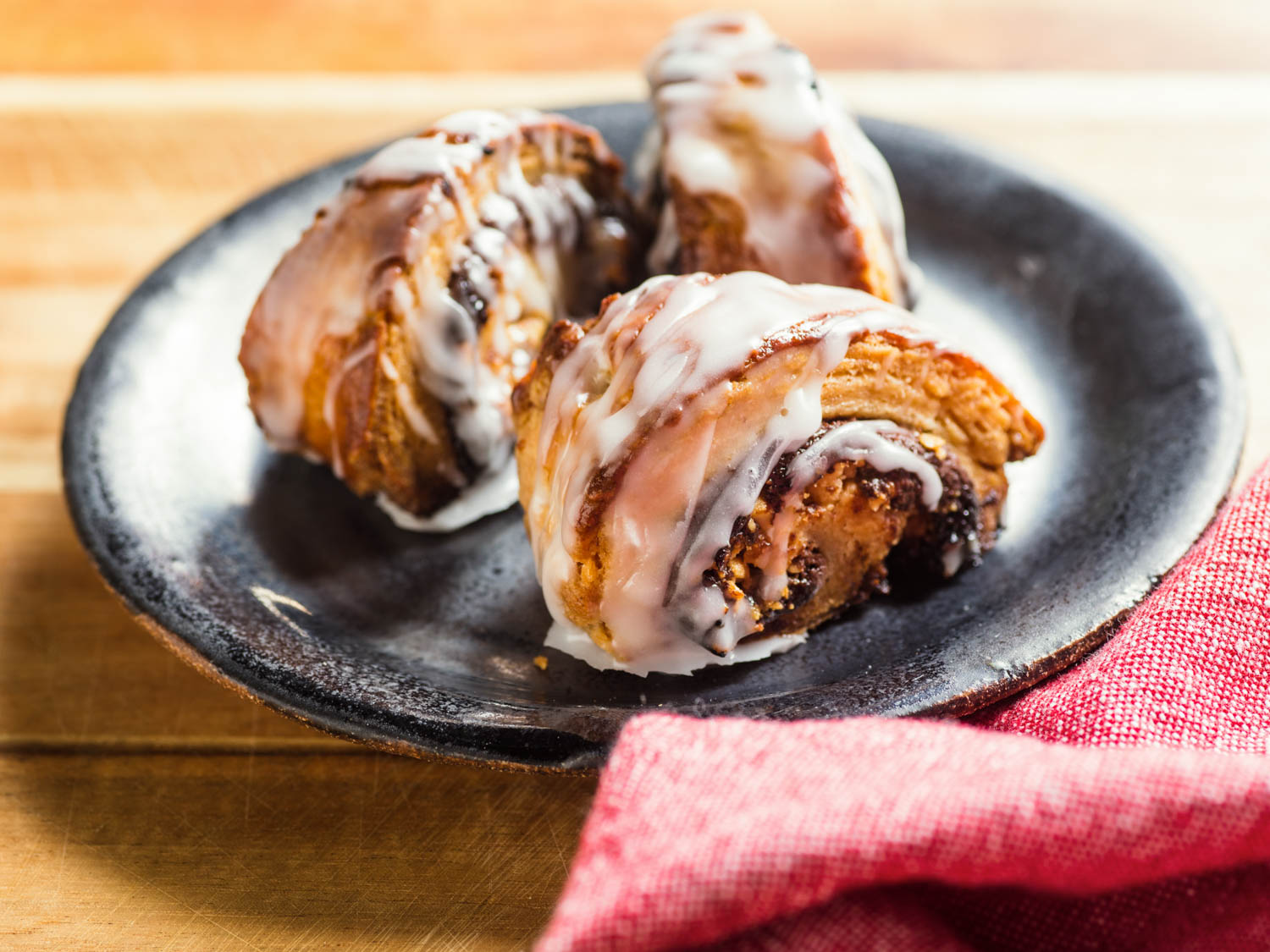 Nutella and Brown Butter Rugelach With Peanuts and Vanilla Glaze 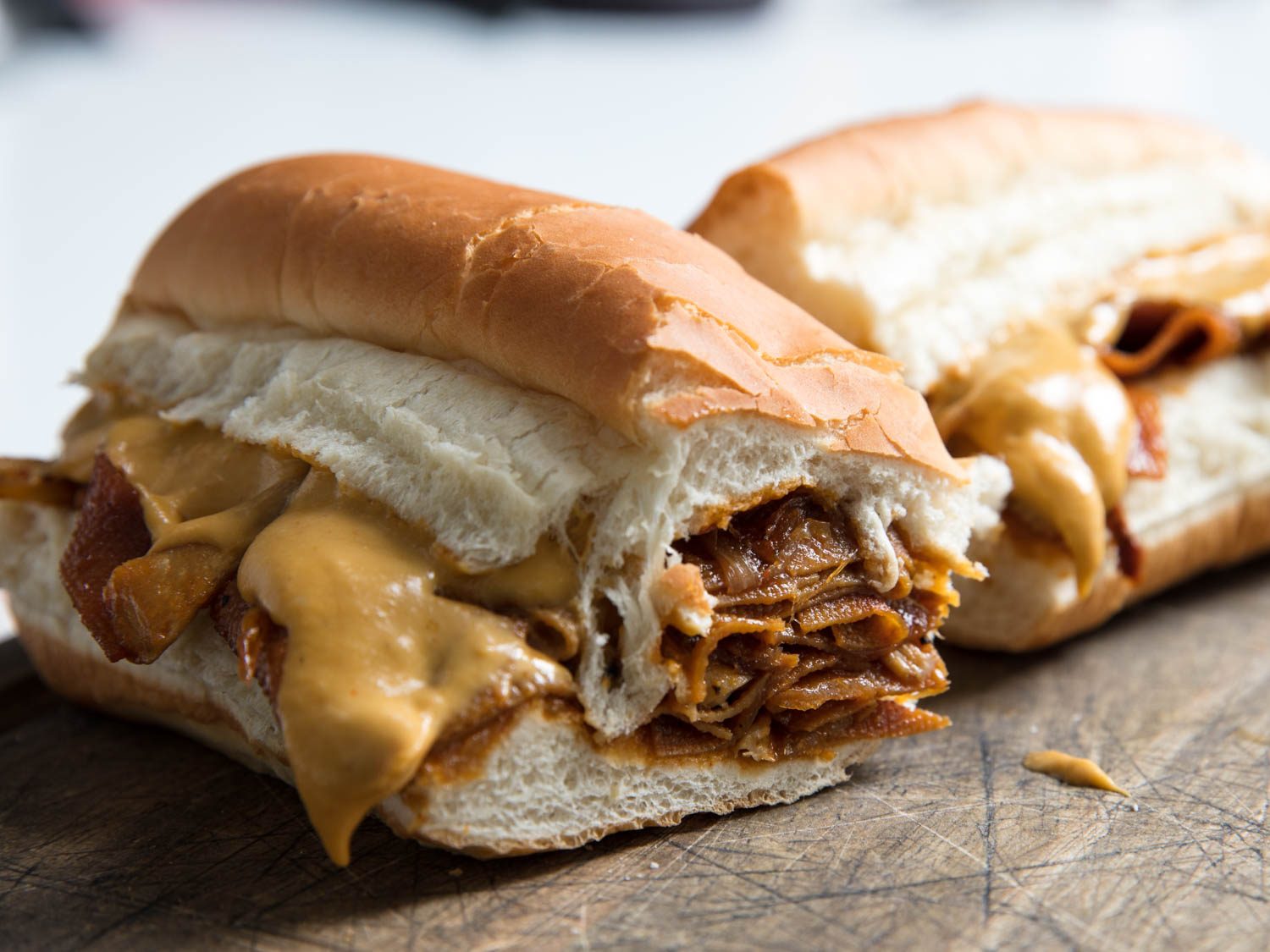